What are the four Maqamat?

During  (and before) Ottoman rule, for hundreds of years, daily prayers inside al-Masjid al-Haram in Makkah were conducted at different times according to the four most widely accepted Sunni Schools of jurisprudence (madhhab), and at four different locations of the Masjid. Each school of thought had basically its own Mihrab!

The bizarre tradition of having four separate congregations had more than a few implications for the interior appearance of al-Masjid al-Haram and the provision of needed facilities. Thus, there were inside the Mosque four marked maqamat or locations for each of the four Schools of Islamic jurisprudence (madhhab) and its adherents to perform five daily prayers.

The spots or locations of the imams or prayer leaders were marked either by pavilions which had four columns of stone supporting a dome, and a mihrab (praying niche) built between two columns that faced the congregation, or just by a mihrab flanked by two columns of stone, or posts.

Due to their long and colorful history, these simple architectural elements were sometimes even simpler, such as having only two columns of stone, or posts, without a mihrab, and at other times somewhat more elaborate and tasteful, such as having domes and arches that spanned pairs of columns with protruding hooks for hanging lamps.

In another quote we read:

Because they were most numerous in Makkah, the followers of the Shafi’i School of law would pray first, and would do so behind maqam Ibrahim (Ibrahim’s station). Their prayers would be followed by the prayers of the followers of the Maliki and Hanbali Schools of law. They were conducted behind the Yamani corner and at a place between the Yamani corner and the corner with the Black Stone respectively, and were performed concomitantly.

Lastly, the followers of the Hanafi School would pray facing the Ka’bah’s northwestern side where Hijr Isma’il, or Hatim, as well as the spout or downpipe (mizab) are. This was the situation with all daily prayers except the Maghrib or after-sunset Prayer. Since the time between the Maghrib and the subsequent ‘Isha’ or night-time Prayer is short, the former would be performed simultaneously by all four Schools. This, however, was often a cause of widespread confusion and chaos as voices of prayer leaders and mu’adhdhins (prayer announcers) were overlapping and fusing.

Admittedly, this was one of the most perplexing innovations associated with al-Masjid al-Haram. It remains something of a mystery how the people could resort to such a repulsive tradition right inside al-Masjid al-Haram when harmony, unity, brotherhood, tolerance, mutual compassion and respect occupy the highest positions in the hierarchy of Islamic foremost values and virtues. According to Basalamah, the tradition originated most probably between the 4th and 5th AH/ 10th and 11th CE centuries and lasted well into the 14th AH/ 20th CE century. No wonder, then, that the air inside al-Masjid al-Haram and in the entire holy city of Makkah, especially during the annual Hajj or pilgrimage season when multitudes of people from all corners of the Muslim world would converge, was often during those trying times filled with anxiety, trepidation, mistrust and insecurity.

Ibn Jubayr, the Spanish traveler, reported that when he was in Makkah in the month of Ramadan in 579 AH/ 1184 CE, there were five simultaneous Tarawih congregations inside al-Masjid al-Haram: the Shafi’i, which had precedence over the others, Hanafi, Hanbali, Maliki and even the Zaydi congregation. The last was a Shi’ah branch and followed the Zaydi Islamic jurisprudence. Ibn Jubayr refers to the parts of the Mosque that belonged to those congregations, the mihrabs (praying niches) and candles used for lighting and adornment at those specific locations.

The Mamluks are reported to have been responsible for actively building and upgrading some of those architectural elements during their rule and their relatively active Mosque upkeep and restoration activities, however, the Ottomans followed in their footsteps:

As the ardent followers of the Hanafi madhhab, the Ottomans rebuilt the Hanafi maqam, making it thereafter the largest and most elegantly built of the four maqamat inside the Mosque.

Needless to say that the Ottomans pro-actively provided services for esoteric and Quburis Sufis from around the world.

Were it not for the Najdi Da’wah we would have four stations and Mihrabs belonging to the four Sunni schools of thought and even the diet-Rafidi Zaydis would be leading their own prayers (not to mention the lavish mausoleums and shrines that were restored by the Ottomans and frequented by the grave worshippers in al-Baqi’).

One of the leading English-speaking Sufi scholars of our time (who is not alone) once criticised the ‘Wahhabis’ for the demolition of the four Maqamat that he referred to as ‘heritage’ and well-kept custom of the Muslims. Instead of being grateful, they clutch to their innovations and their evidence are the scholars who were lenient and/or kept silent during the era when those innovations took place. 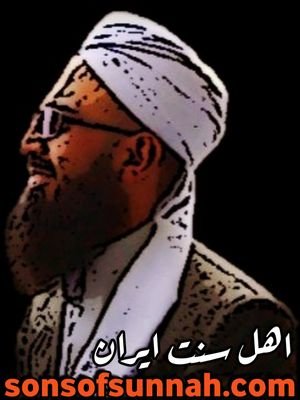