Western culture, part of their heritage, to an extent that they turned their history (and fairy tales) into idols and statues, this is how proud they are of their forefathers, nothing to be shamed about according to them, just Muslims have to be ashamed of their history an capital punishments [in the Shari’ah] and so on …Here a picture of the statue of Perseus the semi-naked pagan decapitated Medusa, in the heartland of Europe, Paris/France. 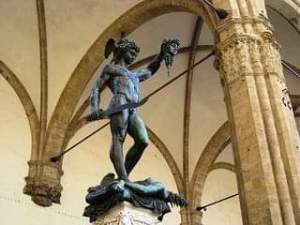 And here a Catholic nun called Judith. They are so proud of here in Italy (Florence), they dedicated a statue in her remembrance.

This woman who is just about to commit Isis like barbarity is ironically considered the symbol of liberty, virtue and victory of the weak over the strong in a just cause. She stands powerful with raised sword, holding the head of the tyrant Holofernes ( an invading general of Nebuchadnezzar) by his hair.More examples: 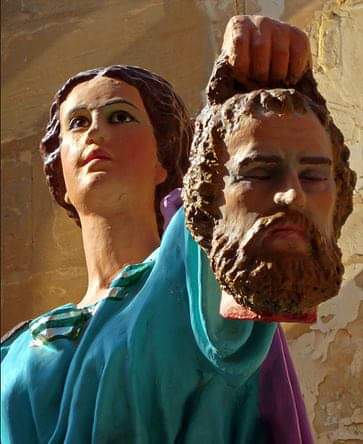 But you Muzlems must understand that the westerners at least moved on they don’t have barbaric beheadings anymore, they even have gangs such as amnesty international who like to dictate to other culture what punishments are barbaric and not. Yes, the west moved on … well, except the flag bearer of democracy where death penalty is a legal sentence in 32 flipping states. 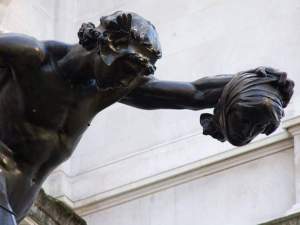