Twenty-three years of Prophetic da’wah, the call of Islam and Tawhid, was not meant to replace the excessive saint veneration of various polytheists (like the Christians) with a set of new saints who can be invoked in du’a.

And if he says, “I ask him because he is closer to Allah than me so that he intercedes for me in these matters, because I seek a means to Allah through him, just as a means to the ruler is sought through his special counsel and helpers” then this is from the actions of the pagans and the Christians, for they claim that they take their priests and rabbis as interceders, who intercede for them in their requests, and thus did Allah inform about the pagans that they said,

“We do not worship them except that they bring us closer to Allah” (39:3). And He, the Sublime, said, “Have they taken others as intercessors besides Allah? Say: “Even if they have power over nothing whatever and have no intelligence?” Say: “To Allah belongs all intercession. His is the Sovereignty of the heavens and the earth, then to Him, you shall be brought back.” (39:43-44)

Requesting the dead to supplicate to Allah on one’s behalf (for the fulfillment of certain needs) is the essence of shirk.

And the intent here is that the shirk through worship of the stars has occurred a great deal and likewise shirk through those in the graves, through supplicating to them, imploring them, seeking them (with aspiration) and what is like that. For when the Prophet (ﷺ) has prohibited prayer which comprises sincere supplication to Allah alone in the proximity of graves so that it does not lead to a type of shirk with their Lord then how (would it be) when there is found what (comprises) the type of shirk of aspiration (raghbah) towards them, regardless of whether he requested needs and removal of difficulties from them directly or he requested them that they request it from Allah (for them). 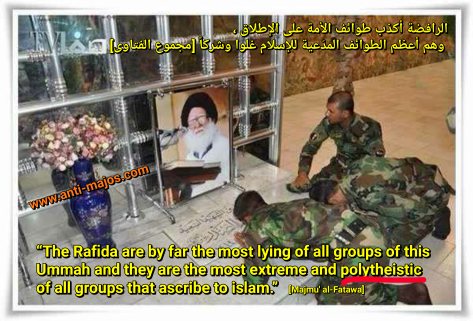 And sometimes they may address the dead person at his grave (saying), “Ask your Lord for me” or they may address the living person who is absent just as they may address him if he was present, alive. And they would recite lines of poetry, one of them saying therein, “O honourable master so and so! I am in your reckoning, I am in your proximity, intercede for me with Allah, ask Allah for us that He helps us against our enemy, ask Allah to remove this hardship (calamity) from us, I complain of such and such to you, so ask Allah to remove this calamity from us.” Or one of them says, “Ask Allah that He forgives me.”

And amongst them are those who interpret His, the Exalted’s saying, “If they, when they had been unjust to themselves, had come to you (Muhammad) and begged Allah’s Forgiveness, and the Messenger had begged forgiveness for them: indeed, they would have found Allah All-Forgiving, Most Merciful” (4:64), and they say, “When we ask him to seek forgiveness (for us) after his death, we are in the same position as those from the Companions who requested (his) seeking of forgiveness.” But through this they oppose the consensus of Companions, those following them in goodness (Taabi’n) and all of the Muslims, for one of them did not ask the Prophet (ﷺ) after his death that he intercede for him and nor did he ask him (the Prophet) for anything and none of the leading scholars of the Muslims mentioned any of this in their books. Rather it was mentioned by those who mentioned it from the later jurists and they cited narrations fabricated against Malik (may Allah have mercy upon him), their mention will come with a detailed discussion about them in sha’ Allah. 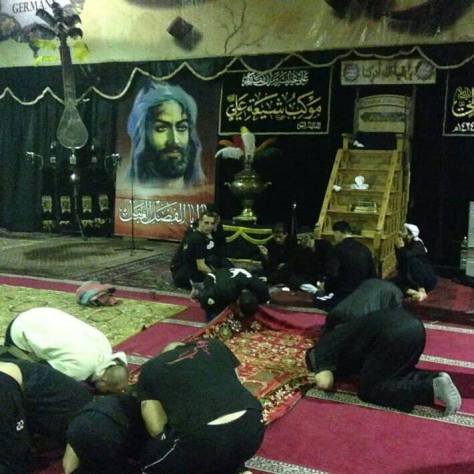 So these types of address (of speaking) to the angels, prophets and righteous after their death near their graves or in their absence and addressing their statues, are from the greatest types of shirk present with the mushriks besides the People of the Book and also amongst the innovators from the People of the Book and the Muslims who innovated (matters of) shirk and acts of worship for which Allah, the Exalted, gave no authority. Allah, the Exalted, said, “Or have they partners with Allah (false gods), who have instituted for them a religion which Allah has not allowed.” (42:21)

For supplicating to the angels and prophets after their death or in their absence and asking them and making istighathah through them and seeking intercession through them in this situation and setting up statues of them – with the meaning of seeking intercession through them (the deceased) – it is from the din that Allah did not legislate and with which He did not send any messenger and with which He did not reveal any book. And it is not obligatory or recommended by agreement of the Muslims. And none of the Companions or those following them in goodness did this, and nor did any of the leading Imaams of the Muslims command it, even if that is from what is done by many of the people who have their (share) of worship and abstinence, and they bring citations and dreams with respect to it, all of this is from satan.

And amongst them is one who devises poetical compositions (comprising) supplication to the dead, seeking intercession through them and rescue from hardship (istighathah), or he may mention that in the course of praising the prophets and righteous. All of this is not legislated, nor obligatory and nor recommended by agreement of the Muslims. And whoever worshipped through an act of worship that is not obligatory nor recommended believing that it is obligatory or recommended then he is astray, an innovator with an evil innovation, not a good innovation, by agreement of the leading Imaams of the religion. For Allah is not worshipped except by what is obligatory or recommended. And many people mention benefits (positive outcomes) about these types of shirk and they use the angle of opinion and (personal) taste as a means of evidence (for these acts), or the angle of taqlid (blind-following) or dreams and what is like this.