I introduce to you:
‘Abdul-Masih the Copt and ‘Abdul-Hussain (and all those who are upon his Quburi creed of invoking the buried and tombed ones).
As for the ‘Abdul-Hussain and his friends:

Yes, they literally invoke their buried and tombed demigods just like Muslims invoke Allah. They literally pray to them (directly) like Catholics pray to their saints. They ask them for all their needs (hajat), often than not they even bypasses Allah (who isn’t even worth a mention in their most famous invocations such as ‘ya ‘Ali madad’).
But don’t despair! That’s the purest form of Tawhid (according to the deranged and degenerate Quburis), and at worst it’s haram i.e. this person is upon the monotheistic Millah of Ibrahim (a) i.e. a Muslim, only a Takfiri-Najdi-Vahhabi would think otherwise. 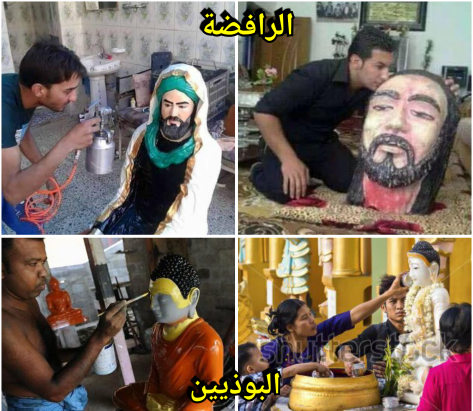 How is that Mushrik a Muslim you ask? Well … according to Rafidism and Istiqlalis, the Rafidi can impossibly commit shirk because he adds the Quburi salesman line/clause/cop-out to his polytheism and paganism which is ‘with the permission of Allah’/’my Imam’s got all their powers from Allah’. There you go! He believes in one God, after all, all Rububiyyah to Allah and the demigods are all depending on Allah like the rest of the creation. Move, no shirk here to see, ya Ali+Jesus+Jilani madad!
As for the trinitarian Nasrani from Egypt, the Copt: 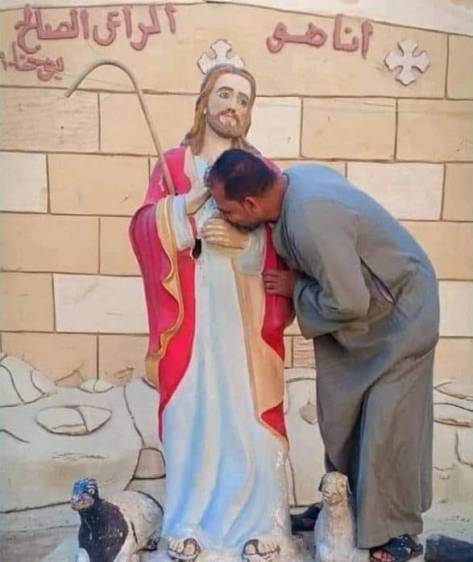 He’s not as smart as the Rafidi, or rather, he is more sincere than the Rafidi, as he – the Nasrani – calls a spade a spade, i.e. he refers to his object/person of devotion, the one he prays to i.e. Jesus (a), as God in flesh.
‘Abdul-Masih should have just omitted the hulul/incarnation part i.e. claiming that Jesus (a) is part of the trinity and he should add that him praying to Jesus (a) is all done ‘bi`dhnillah’. Yes, he’d still be classified as a kafir (for rejecting the seal of all Prophets), however, he would not be guily of any Shirk. As a matter of fact, some of the Zanadiqah masquerading as ‘traditional Sunnis’ advocate exactly that:

Sufi-Ash’ari: Invoking Jesus (a) is totally fine and Islamic! 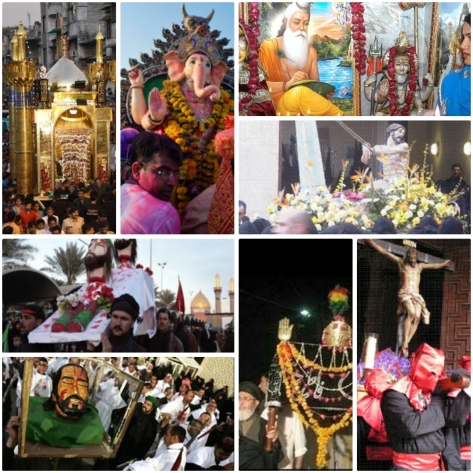